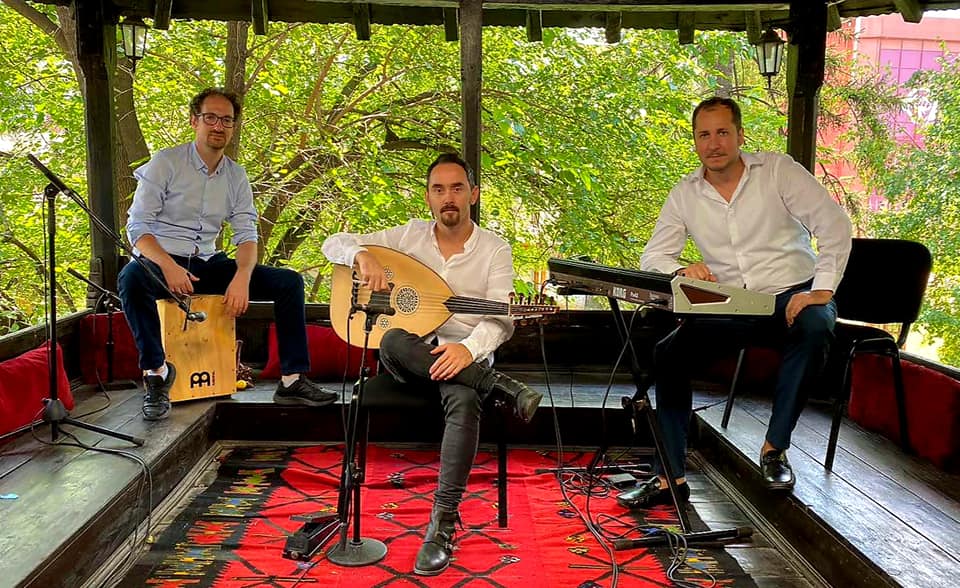 Playing and recording music with my special friends

@ Institute for Protection of Cultural Monuments who was my Grandmother House

Kosovo Institute for the Preservation of Cultural Monuments, also known as “Kocadis” House is an Ottoman merchant’s home that features a veranda on the first floor and high walls for business and family purposes,[14] which belonged to the Kocadis family in 1954. The family migrated to Turkey as a result of a special treaty between Yugoslavia and Turkey in 1953. The house, which has survived and is close to the city’s old clock tower, is now being used by the Kosovo Institute for the Protection of Monuments.