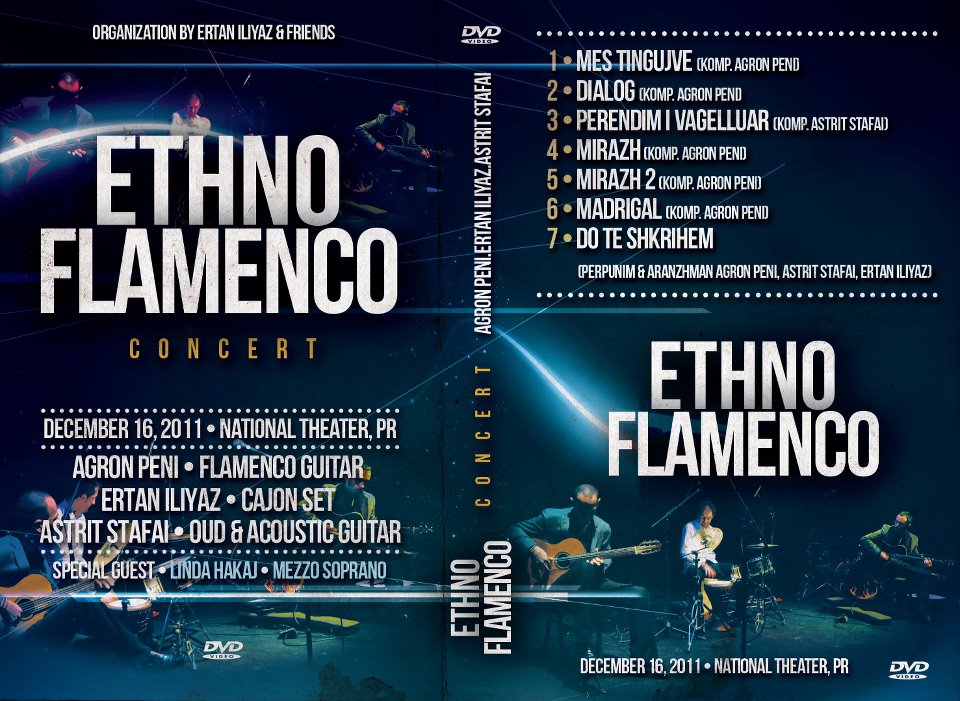 We are pleased to invite you in Promotion of DVD and concert “Ethno & Flamenco”
The trio “Agron Peni (Flamenco Guitar) – Ertan Iliyaz (Cajon Set) – Astrit Stafai (Oud & Fretless Guitar)” which will be held on 04. Aprill 2012, at 09:00 pm at the Hamam Jazz Bar – Prishtina.
FREE ENTRANCE

The program will be played, composed by Agron Peni and Astrit Stafai.
Where the purpose of this concert is a collaboration of artists and new feeds in the art.